An old game gets some new tricks 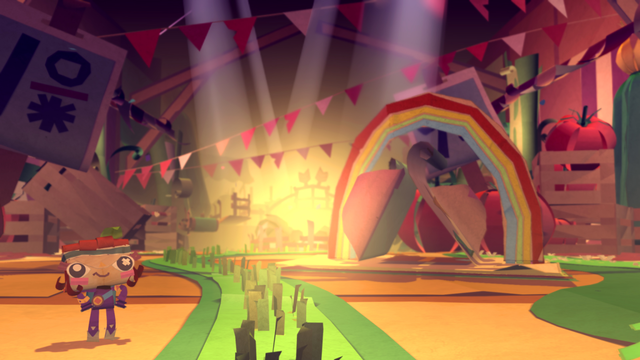 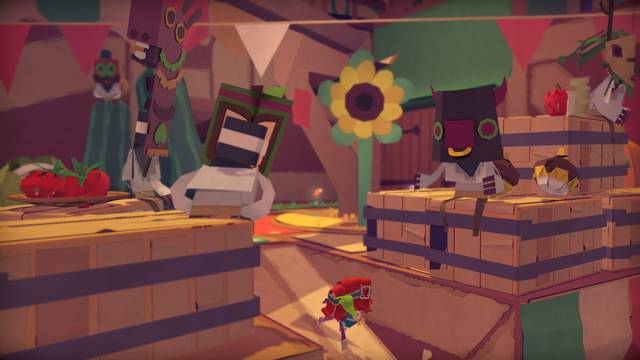 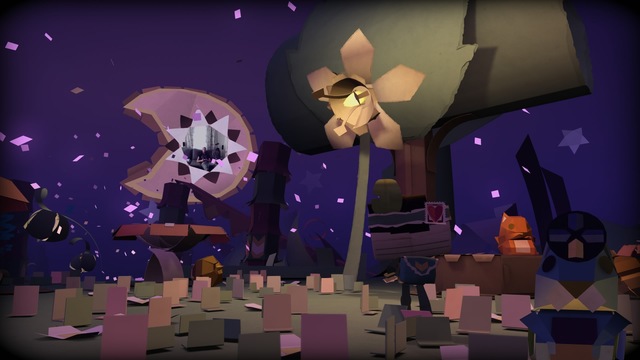 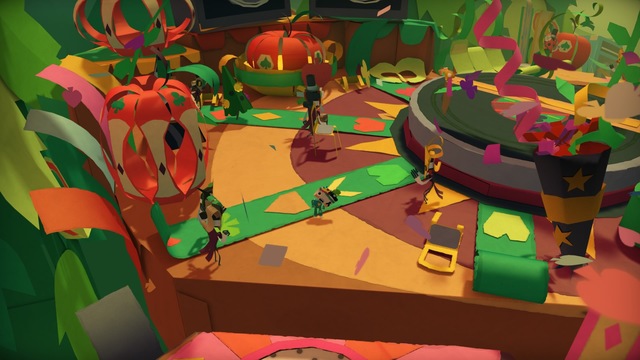 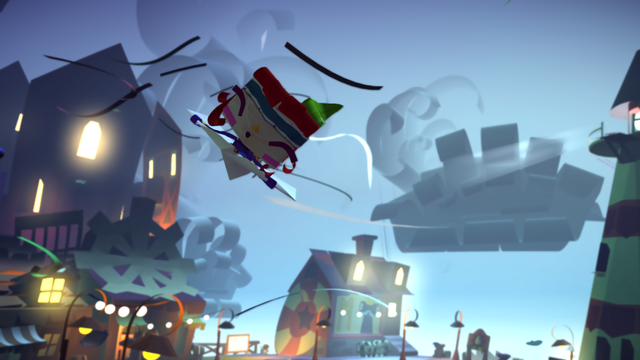 The original Tearaway is one of my favorite PlayStation Vita exclusives. It not only was a charming adventure from the makers of LittleBigPlanet, but it used the majority of the PlayStation Vita's hardware features to great effect. However, the originality and large quality of Tearaway didn't transition into big sales for the game. Now, Tearaway gets a second chance at popularity with a re-imagined version for the PlayStation 4, Tearaway: Unfolded. An old game gets some new tricks with this delightful return to the world of Tearaway.

You control one of two messengers tasked with trekking through a colorful and imaginative world to deliver a message to the You, an all powerful being that is literally you. You see, Tearaway: Unfolded casts you in a co-starring role alongside either Atoi or Iota, and the game casts no aspersions to make that clear. Tearaway: Unfolded is very much a fourth wall-breaking experience, and that is simply part of its charm.

Tearaway: Unfolded consists of sixteen levels spread out across three different story scenarios. At the beginning of your journey, your messenger has a limited move set. He or she can't even jump until a couple of levels into the game. As you and your messenger proceed through the world of Tearaway, you as the overseer of the world gain new ways to interact with said world via the Dualshock 4 controller.

For instance, in dark areas you can hold down the L2 or R2 button to summon a ray of light to not only interact with different objects in levels, but to confuse the enemies of the game, the Scraps, into running off the level, defeating them in the process. You can also stroke the touch pad of the Dualshock 4 to summon a gust of wind in the direction that you stroke. This can be used to interact with that environment, such as blowing a hollow log over to your messenger for them to cross over an otherwise impossible-to-cross chasm. Meanwhile, tapping the touch pad results in certain materials in the game world to send whatever sits on them to launch into the air.

Because of the differences in how you're able to interact with the world between the Vita game and this new PlayStation 4 re-imagining, many of the levels feature brand-new designs, alterations, and collectible locations. Thus, if you've already played the original Tearaway like I had, you'll find that this PS4 edition feels like a greatly new experience.

Speaking of collectibles, while Tearaway: Unfolded is a pretty lengthy game as it is, the longevity of the game comes from finding and collecting all of the hidden goodies the game possesses. Like the original Vita Tearaway, each level contains hidden presents that contain confetti that is used to purchase new shapes to customize your messenger with different visuals effects for your camera, as well as colorless papercraft shapes that when a photo is taken of them, they regain their color and add that piece of papercraft to your collection.

There are also extra things to do per level outside of the typical goals. A lot of these essentially have you create shapes and designs via "drawing" them with the touch pad-- such an example is an early one where you are required to design a crown for the king of the squirrels. Sure, you can cheat and draw anything you want basically (yes, even to get your X-rated jollies with), but it was more engaging to me to see my creations appear in the game world. Designing a flame pattern for all the game's torches or drawing a snowflake design to shower down dozens of my own design from the skies of Gibbet Hill was a very cool experience for me.

Each level tracks how many confetti you've collected, hidden presents opened, extra things to do completed, papercraft uncovered, and for the levels that feature them, Scraps defeated. Getting 100% completion in Tearaway: Unfolded is a mighty challenge, as things are very well hidden, and yes, it can become maddening trying to track down those final confetti you need in a given level.

It can also become maddening because going back to previous levels to collect stuff can be mighty annoying. This is in part due to most scenes within Unfolded being impossible to skip, making repeated play-throughs of a given level torturous. Furthermore, several of the extra things to do in levels require you to carry what the game calls a "Misplaced Gopher" from its starting location to its home. If your messenger loses its stamp (done by getting hit too many times or falling into the abyss), then the Gopher returns to its starting point. The problem here is that there is no way in-game to start the level over from the Misplaced Gopher's location. You have to either restart the level from the beginning or hope your last checkpoint is around that Gopher's starting spot. This is a tremendous inconvenience that the requirement to sit through most story sequences again makes even more agonizing.

Still, if you're just wanting to beat the game, then Tearaway: Unfolded is nowhere near as annoying. Sure, you might die (i.e. lose your messenger's stamp) a bunch, but "death" is not a harsh penalty at all. You simply are revived at a nearby location. Playing the game normally without collecting stuff isn't completely without its annoyances, as the camera isn't the greatest, and it can actually result in your messenger losing its stamp due to a poor angle somewhat more regularly than you'd wish.

Tearaway: Unfolded's world is entirely made of paper, and the power of the PlayStation 4 enhances the game's world considerably compared to the Vita version, which already looked superb. Little touches when interacting with the environments of levels are quite astounding, and the quality of the visuals is very high. The frame-rate is pretty consistent as well, only sometimes offering slowdown here and there. Meanwhile, the sound is also well done, featuring voice acting for the two essential narrators of the game, while every other character speaks in gibberish. The music is delightful, delivering something of great quality for the player.

Despite faults like its occasionally bothersome camera, Misplaced Gopher missions, and the inability to skip most story sequences, Tearaway: Unfolded is very much worth playing, especially if you didn't play the original on the PlayStation Vita (which was obviously A LOT of people). Containing the same level of charm and quality as Media Molecule's other well known franchise, LittleBigPlanet, Tearaway: Unfolded's world may be paper thin, but the actual game is thick with fun.
Review Page Hits: 0 today (504 total)
mediahook