Double Agent is a solid game with excellent multiplayer. Fans of a gripping storyline and solid, tense stealth action will no doubt enjoy this. 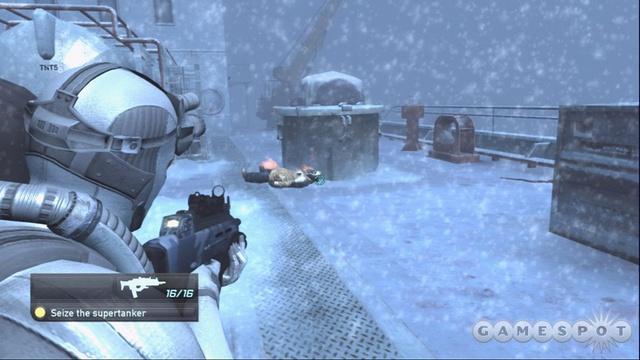 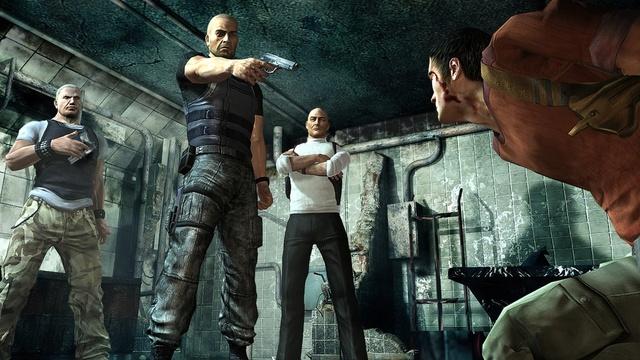 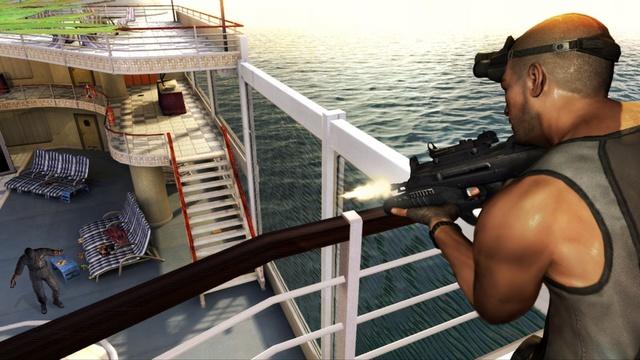 Sam Fisher has been around for a while now. Since debuting in 2001, Splinter Cell proved it was a game that could hang with the stealth heavyweights, relying more on action and story rather than cutscenes. However, because of horrible experiences with other stealth games, I never found time to play any Splinter Cell games. But Double Agent fulfills my need for a good action title and an incredibly interactive story.

Part of the reason why I was never so keen on stealth titles is because they require a lot of patience. I am used to running and gunning and just knocking the crap out of enemies. While you could do this in Splinter Cell, the game's fun comes from knowing, using your surroundings, since not getting caught is the highest priority of every mission. Double Agent starts out with Sam Fisher going on a simple mission to defuse a bomb with a rookie agent. Things don't go exactly as planned however and Sam soon finds himself distressed over the death of his daughter in a car accident. To help ease the pain, for some odd reason, Sam is put undercover within a terrorist organization on the verge of detonating nuclear weapons inside the United States.

Your goal is to find out as much as possible about JBA (John Brown's Army), which is the terrorist group, and try to actually fit in with them, all the while performing reconnaissance missions for the NSA. This is when things gets interesting, because there is a "trust meter" in Double Agent. If you do an awful job for either side, you will lose all trust and ultimately fail the entire game. For example, getting caught in restricted areas of JBA's headquarters and killing people you aren't supposed to affects your trust with the NSA and the JBA.

Although this is a really good idea, making the player to decide what he wants to do, the trust meter really doesn't play that big a role overall. Even though you could easily fail the game for breaking the simplest of rules, it is quite easy to avoid that. The missions are broken up, basically, into three categories. There are your primary objectives, which are required to complete the mission, secondary objectives, which gives you more trust towards a certain group if you complete them, and then alternative and profile objectives, which basically act as a way to identify the JBA's highest members.

The secondary and alternative objectives never really do anything for the storyline. They do give you trust points however, albeit a very small amount. Not doing these periphery missions has no effect on the game whatsoever. Still, doing some of them will net you star-objective points, which can unlock new gadgets after each mission. The primary objectives are where the whole point of the trust meter comes into play. Some primary objectives have you choosing to gain trust for the JBA or NSA. Whichever side you choose, you lose a substantial amount of trust with the other. Although you may lose nearly half of your trust for one side, it is never enough to actually fail the game. You could easily make it back up by doing some secondary and alternate tasks throughout the game.

Part of the fun of Double Agent is how broad and wide the game appears to be. For example, there was a moment when Sam Fisher was hanging off the edge of a high-rise in Shanghai, all the while trying to hide from enemies and run away from a helicopter. It's moments like these that make Double Agent exciting and with hardly a dull moment. It's also very compatible with newcomers to the stealth genre. For myself, someone who really never played a Splinter Cell game before, it was quite easy to navigate through the missions. The game prompts you when you need to use certain devices. If you are high on a ledge, it will give you the option to rappel down.

It's always fun to be swimming under a slab of ice in Siberia, and then grab an enemy and pull them under for the kill. Or hanging by a rope with your legs, slowly lowering yourself over an unsuspecting guard and snapping his neck. Whatever the situation, there is always a fun and interesting way to dispose of your enemies. Of course, since Sam Fisher works for the NSA, killing should be kept to a minimum, and that's when Sam can whip out his sticky shockers and shock the enemies to sleep, or fire a camera at the wall, make a noise to attract them, and then hit them with nerve gas. Although killing them is much easier (and often causes you to fail some secondary objectives), it does attract a lot of attention, which is why using your non-lethal weapons, or just avoiding everyone all-together, is still the best choice. The biggest improvements I've seen in the Splinter Cell series are the visuals and the overall presentation. The amount of detail in some of the levels is astonishing, and Sam Fisher looks almost entirely real. The locations also have a breath of fresh air to them as well, and some certain levels, such as Shanghai for example, fully capture the power that the Xbox 360 can perform. While a few characters and locations lack flair and intensity, Double Agent on the 360 is a complete step above its predecessors.

The multiplayer has also been revamped to allow much more evenly-paced gameplay, as well as co-op. The premise is the same as the multiplayer from Pandora Tomorrow, in that the team of spies must try to locate and activate a set of markers while the heavily-armed mercenaries must try to stop them. To make things more interesting now, the matches are now 3-on-3, making it much more intense and without a dull moment, considering there is always someone close by to engage. Co-op is definitely a cool addition, as players can now engage in special acrobatic maneuvers and even double-team attack a merc. The multiplayer itself is one of the highlights of Double Agent, and games in the series that follow suit should do nothing different, as it is near perfection.

Splinter Cell Double Agent is a solid game with excellent multiplayer, and fans of a gripping storyline, as well as solid action mixed with moments of tense stealth, will no doubt enjoy this game.
Review Page Hits: 0 today (69 total)
mediahook