While Tomb Raider: Underworld was a solid addition to the Tomb Raider franchise, a more polished combat and stretched out story mode would have been welcome. 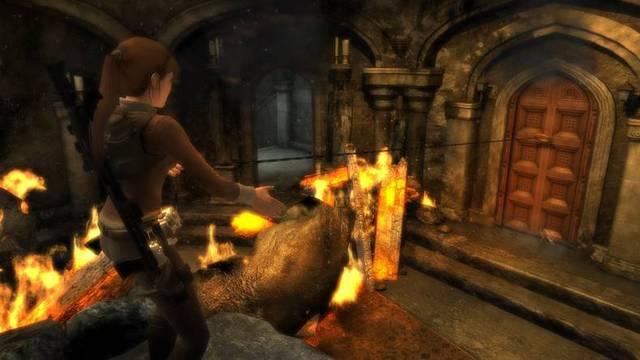 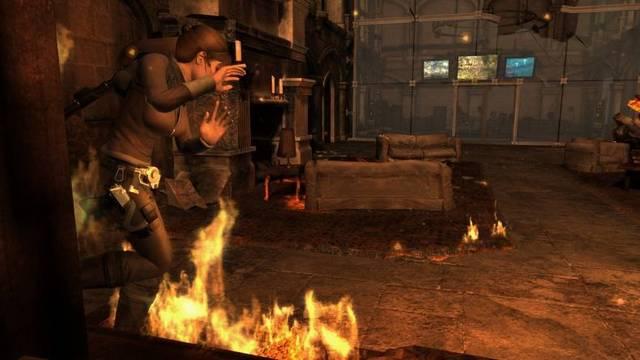 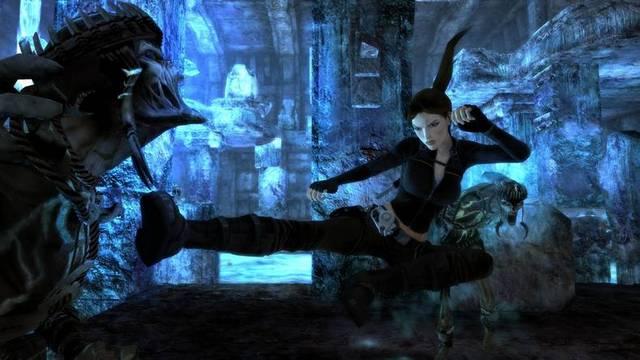 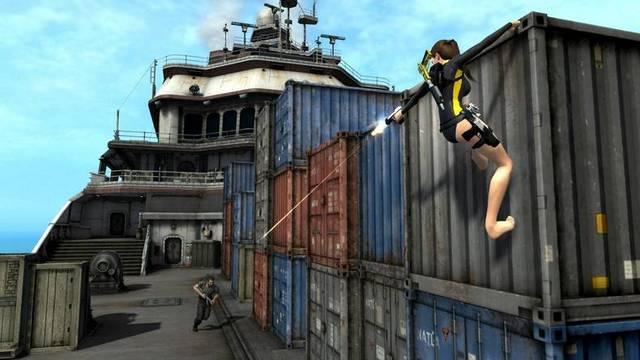 If there is one thing we can learn from Crystal Dynamics, it's that with a little time and patience even the worst of franchises can become popular again. As was the case with Legend in 2006 and Anniversary last year, Crystal Dynamics is not about ready to let Tomb Raider die so easily, and this year's adventure, Tomb Raider: Underworld, is just as good as the last, if not for a few problems along the way.

Underworld follows the events that occurred in Legend, so naturally the game lets you view a short montage from all previous games to get you up to speed. It's a good way for newcomers to figure out who all the characters are and understand just what Lara is after in her latest adventure. Still, even with the glimpse at past games, newcomers might find it hard to follow the quickly moving plot, which throws past and new characters at you in every chapter. Whatever the case, Lara's latest adventure has her searching for her father who disappeared after trying to find the legendary hammer of the Norse god Thor.

The game thrives on its adventuring segments, and Underworld does a good job of issuing up the same controls and feel of Tomb Raider Legend. Climbing up on ledges and sprinting is as simple as pressing a button, while the newly added swan dive requires you to push two buttons in rapid succession. The swan dive doesn't add much to how you explore the levels, but it does add a nice bit of flair from watching Lara gracefully (and casually) jump from enormous heights and land safely in the waters below. While the controls feel as solid and fluid as they have ever been, the camera is still a major hassle and often swings wildly around you. Shimmying from ledges also causes the camera to zoom in incredibly close, often making it hard to see the ledge or the surroundings in a clear view.

Combat makes up the majority of your adventure in Underworld, and needless to say, you will be doing plenty of it. Gun fighting is probably the surefire way to successfully complete each level, since the melee fighting is often so irritable and clunky to manage it is often too much of a hassle to even try. If you get close enough, you can try managing your luck with fighting by kicking and punching enemies, but the fact that none of the enemies ever flinch or get knocked back after the first hit makes this seemingly good idea a relatively bad one. Melee fighting plays out with Lara usually flailing away randomly while the enemy lays into her with constant weapon fire. If you can happen to get the hang of fighting, the more power to you, just don't expect to ever rely on it during battle.

Lara's dual pistols have unlimited ammo, so you can always just sit back and unload on the enemies until they keel over if you so choose. Lara will also have access to assault rifles, grenades, rocket launchers, and other goodies that will pack more punch than her pistols, but have limited ammo. Lara also has an ability to unleash adrenaline, which slows down time and allows her to aim at vital points on her enemies for one shot kills. The game does a poor job of even explaining this special ability, and you probably would not have known it existed had you not played the previous Legend game. In any case, Lara's adrenaline bar fills up by battling enemies and using it at the right moments could mean the different between life and death.

Besides her weapons, Lara also has a wide assortment of items with her to help with her exploration. Some new features allow you to hear and see what you need to do (the game will give you a sound edit of the task at hand as well as text), and the new sonar map system allows you to view any part of the level you wish. The in-game map could have been implemented better, since there is no way of knowing which path you must take, or the direct route for which to go, but the beauty of the levels combined with the sheer size of most of them more than make up for a lack of direction.

Part of the fun of the Tomb Raider games has always been the various locales you will visit, and Underworld is no exception. From the underground caves of the Mediterranean to the coastal shores of Thailand, Lara will visit plenty of colorful and diverse places. There are only six levels in the game, but each one takes you to a completely unique and new place, complete with its own set of objectives and characters.

If Underworld is to be faulted for one thing, it's perhaps its likeness to Legend probably too much. Many of the puzzles in the game were seen before and most require nothing more than you to place rocks on pressure plates or finding keys to open doors. Sure, the great level design makes finding these items more enjoyable, but that doesn't help with the fact that many of the objectives are quite repetitive. There are treasures and relics scattered over every level for those treasure hunters looking to spend some more time with each level, but seeing as how these treasures do nothing but give you achievements or trophies, sometimes looking for them is not worth the time or effort.

Underworld looks in many ways a lot better than Legend and the subtle detailed improvements really show in times of action. When Lara gets out of the water you will see her dripping gradually as she drys off, mud will stick to her and dry on her skin as she runs around, and wounds and cuts will stay visible for the remainder of every level. The level designs all look magnificent, with stunning re-creations of real-life places, such as the coast of Thailand, to the more imaginative portrayals of the Helheim Underworld. Crystal Dynamics definitely spent plenty of time creating a truly unique world for Underworld and the visual display clearly shows. The same voice actors who appeared in Legend make their return, so naturally, it sounds relatively the same. The music does a good job of keeping you in the mood, giving you mellow, somber tunes as you traverse tombs and melodic cavalcades of orchestral ballads as you fight bosses and enemies.

There is no multiplayer found in Underworld and with a campaign that ends abruptly and only lasts about 6-7 hours, some fans might get a little peeved that more was not offered. While Tomb Raider: Underworld was a solid addition to the Tomb Raider franchise, a more polished combat and stretched out story mode would have been welcome. Fans of the series will no doubt enjoy what Underworld brings to the table, and if newcomers can look past the fast-moving story, clunky fighting and enjoy the adventure elements for what they are, then they surely will have a good time as well.
Review Page Hits: 0 today (47 total)
mediahook