Uncharted: Drake's Fortune shines as *THE* reason to own a PS3. 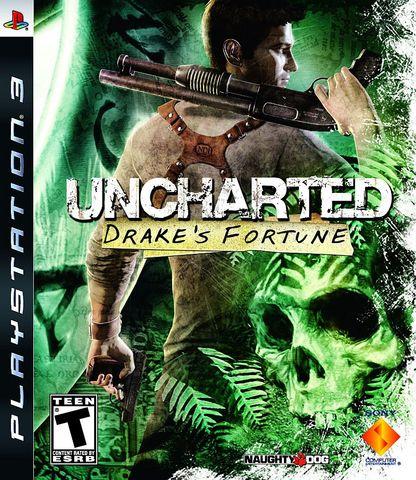 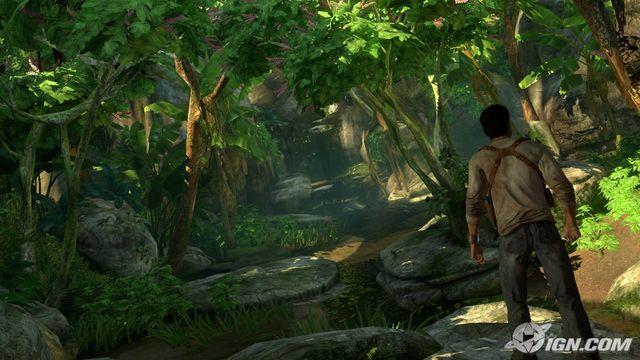 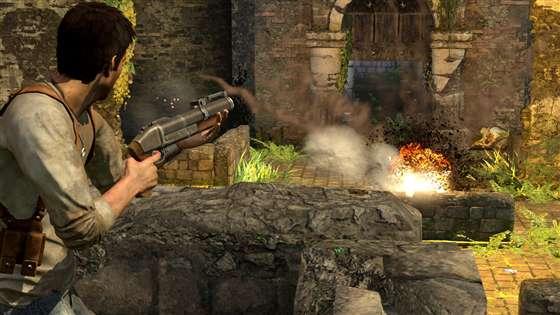 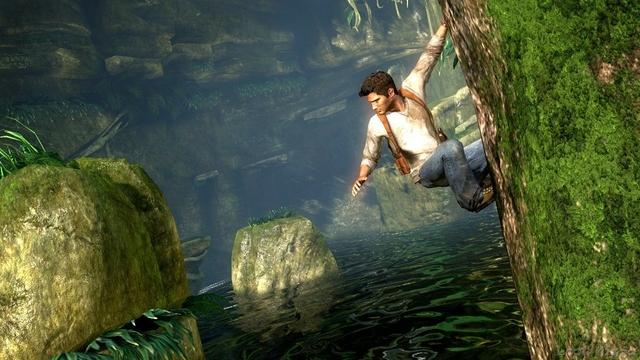 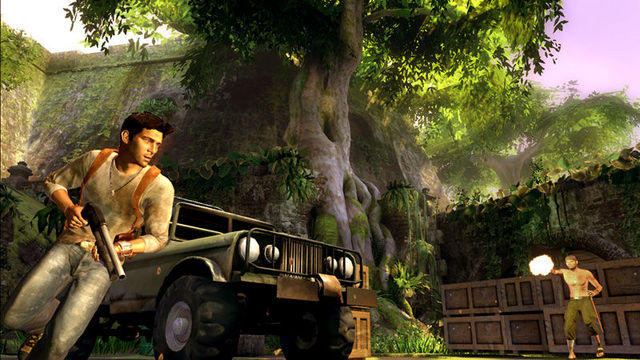 With a movie- like story, visually stunning graphics, great voice acting, and a great score, Uncharted: Drake's Fortune does not disappoint.

You are Nathan Drake. Nathan is one of the best new video game lead characters to come around in some time. He is cool, confident, good-looking, but at the right time, he'll give a funny joke, or end up doing something to himself, that brings him back down to earth. He would be your ultimate wingman for a night on the town. He is one of Sir Francis Drake's ancestors, who is also joined by Sully, an older man, who's thirst for treasure hunting is only surpassed, by well...his thirst for getting himself into numerous debts with the wrong people...well, that and ladies of the evening. Think that friend of your grandfather's who, while you love to hear his stories, you're also aware of how sleazy he probably is in his own time. You're also joined by Elena Fisher, poor, young, naive Elena. Her original intention was to film Nathan for a documentary, when he find's hidden artifacts from his ancestor. Well, that quickly turns to crap, but surprising enough, she is quite good with a gun. She becomes Nathan's closest friend on the hunt though, and someone, at times, he has to depend on. She's like the Girl Next Door...if that girl also went to a shooting range twice a week. The story takes off from there, w/ Nathan searching for his ultimate treasure, only to find that it won't be as easy to get as he thought it'd be. Through many twists and turns, Nathan encounters old foes and new ones, only to discover more secrets about his family's past. The sexual tension between Nathan & Elena is off the charts, for those romantics out there. The ending is also very good, and provides a sense of closure for this part of the story, that very few games have nowadays.

To keep it simple, Uncharted is a lot like the Tomb Raider series, as has been mentioned elsewhere, before. You will be jumping from ledge to ledge at times, keeping you moving throughout the game.

The gunplay is fun, and not too challenging to get good at quickly. The grenade throwing can be a challenge though, for those not use to the SIXAXIS controller. You'll have basic weapons (Pistols, Shotguns, Rifles, & More). Uncharted has several areas where you will be in a gunfight for a little while, and where you get to really try out hiding behind areas, and using the different weapons.

Uncharted doesn't try to re-invent the wheel from what past Action-Adventure games have done, it just does a flat out good job at keeping that wheel spinning.

Amazing. Some of the best graphics there have ever been on a video game. I had the chance to play this on a very good HDTV, and Uncharted is truly a game best appreciated on a good HDTV.

The music/sounds that are in the game seem like they are straight from an adventure movie, such as "National Treasure". The music is always on cue, and is always appropriate for what's happening at the time. The voice acting is also some of the best there has been in video games before. It allows you to get more involved with the characters.

Not much. The game itself takes maybe 8-10 hours to beat. You may have a 2nd or 3rd go around, if you want to collect everything, or unlock everything. Besides that though, there isn't much replay value

One of the best looking games I've ever played of course, but also one of the most fun. Too often that aspect of games is overlooked, but in this game you will notice how much fun you're having. It doesn't break you with overly hard to learn tactics, and it allows you to get involved in the storyline. Due to the great voice acting, and very good story, Uncharted has done one of the best jobs in gaming, at first getting you interested in what is going on, and then keeping your interest.