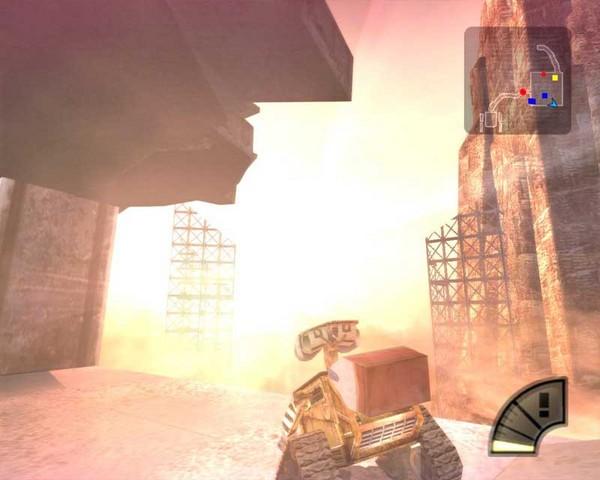 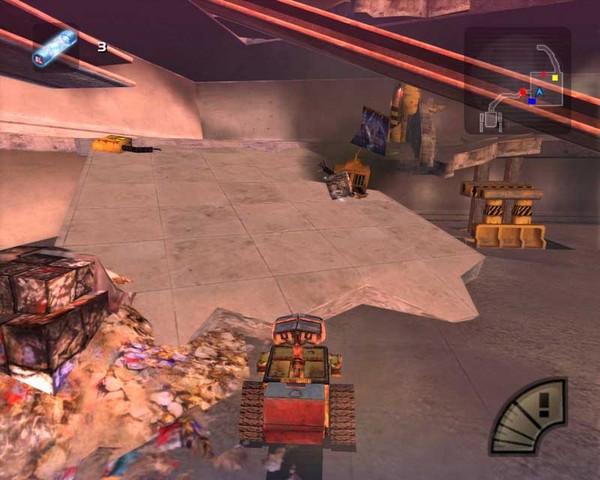 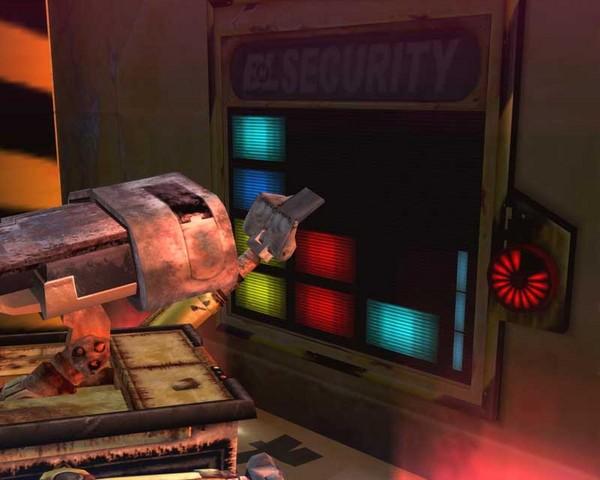 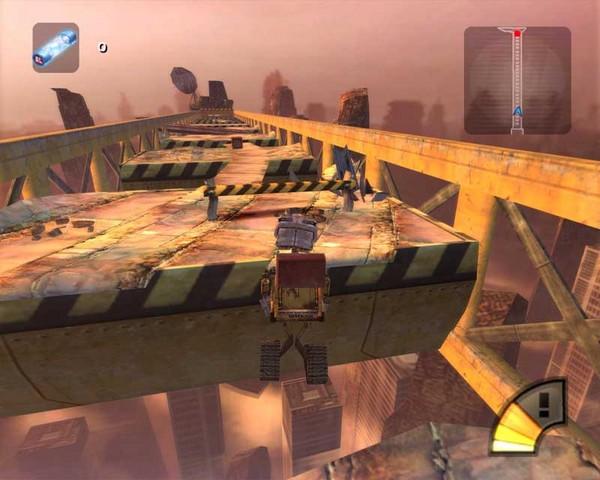 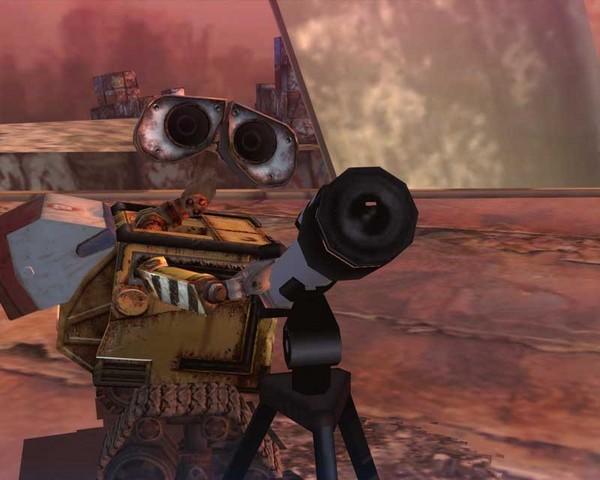 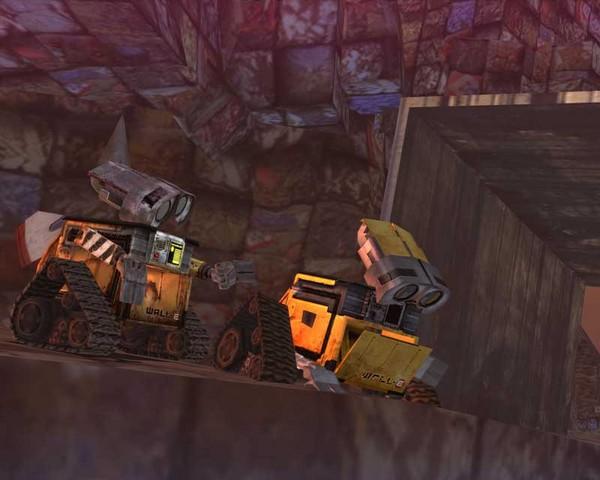 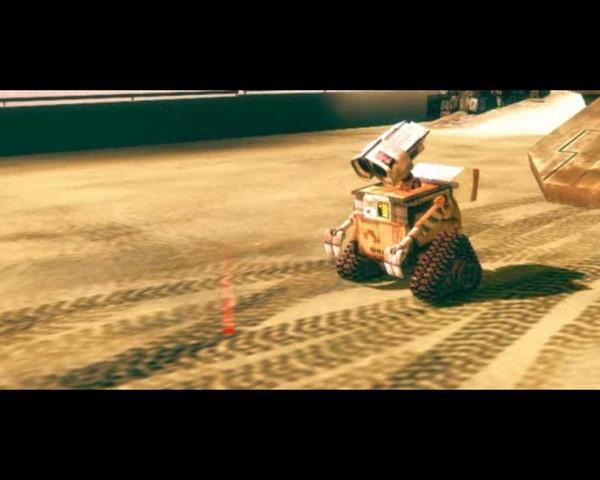 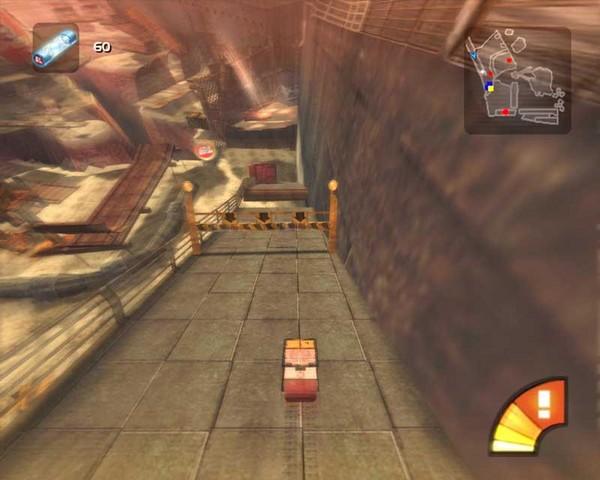 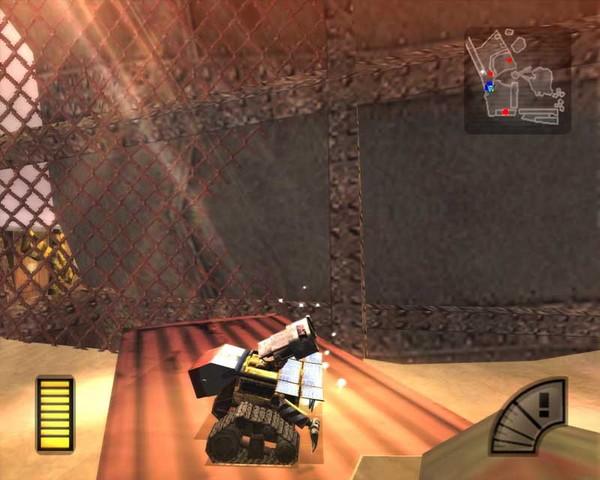 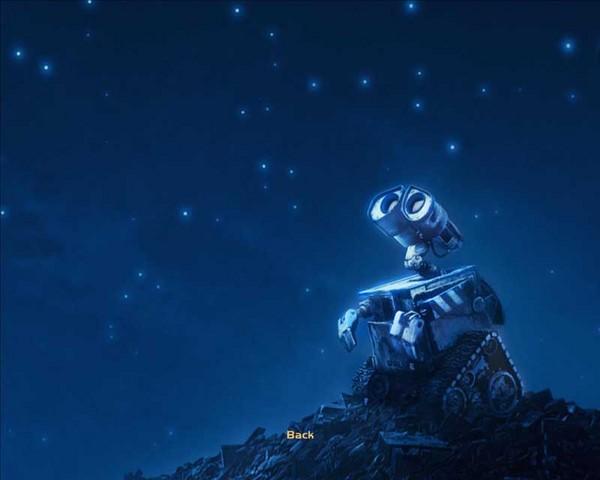 My wife announces that as a treat, she is taking my eight year old son to go see Wall-E. Damn, I wanted to go see that, it looked good, but I had work commitments that day. But like others of the adult age, I find it hard to buy one adult ticket to go see a child`s film. Again, like every other adult I need a good excuse, and they don`t come much better than taking your child.

Double Damn, I also wanted to go see Kung Fu Panda, but he isn`t interested. You can never bluff a child, and they will always show you up, just when you need them the most.

So on the back of the film; will the game be as successful? As soon as you start playing, you notice instantly that Wall-E has an awful lot of controls, and that they can be awkward to use. However, one good thing is that the levels are short. When playing the tutorial you learn how to control Wall-E and how to complete puzzles. I found that I had whizzed by several chapters. Personally I thought this was a good idea, as short levels will keep children`s attention for longer.

So I decide to let my son do all the work, while I review the game. He doesn`t want to start at the beginning; he wants to get straight into the game. I think that`s a bad idea, as it might be a little difficult. But I let him play from where I had finished off, which is basically the start of the game, just after the tutorial part.

Children are constantly surprising, and almost instantly he is able to weave Wall-E through the level. This is no easy feat as they have decided to make Wall-E very robotic, i.e. at slow speeds he prefers 90 degree turns. Also they have done the old, if Wall-E is facing left, now the left button is forward. Personally I hate that, and don`t see how a child is going to like that either. But there are only a few things he needs to ask me about. Like how to use the first person view, how to crouch, and how to use his laser. And yes Wall-E has been equipped with a laser, which I am told he doesn`t have in the film.

In fact I am really surprised, and yet so unbelievably bored. I thought by now my son would be asking for my help, and I`d be able to muscle in and play for him. Nope, instead he is happily working his way through the puzzles and levels. Occasionally he stops to look at the keyboard, finding one of the numerous buttons he has to press. An even rarer moment is when he asks me where the action button is again. But other than that, I am the third wheel.

The graphics are very simple, but given the context of the game, acceptable. The only disappointment is the fact that the Wall-E film will have been rendered with the latest computer graphics. But the graphics are below average, but there is a reason for this, even if I don`t agree with it. These games are often designed for low end PC`s. This shows, when the very high settings look very similar to the low graphic settings. Still because of the game, and its intended audience, I wouldn`t expect really high end graphics, as most parents would not have a machine capable of playing it. The game runs at a really high frame rate, but it does have one worrying issue. If the directory path is more than 100 characters in length, the game may crash. This seemed odd to me, but luckily its one I`d say that is rarely encountered.

As for the puzzles, few are tricky, but seem too tricky for a child to play. But maybe we play down children`s intelligence more than we should. In my sons game there were two instances that were really difficult, or at least I thought. The first is the long arm of a dilapidated crane, which Wall-E has to get across. This has tons of gaps and obstacles to get across, requiring a lot of jumping at speed and well time pressing of buttons. Even though I had my reservations, my son completed this in 3-4 attempts.

The second was trying to reach a higher platform, and because Wall-E cannot jump very high, this would normally be solved by using a ramp of some description. I looked at the problem and couldn`t figure it out, while my son had spotted and already solved the problem, before my hand could scratch my head. The problem being that it was propped up slightly by a destructible box, which Wall-E could destroy with his laser. Boy did I feel old, and now realized how my dad felt when he asked me to set up the VCR.

So I asked what he thought of the game. In the usual nonchalant tone of an 8 year old, he said it was OK, and it was a bit hard because there was no double jump. Admittedly he did have a point, with all the numerous platforms all spaced apart. This game does require a lot of well timed jumps. Wall-E, with a bit of speed, can perform long jumps with the aid of a well placed ramp. But, it is the small ones, which timed incorrectly, can mean a painful climb up, back to the same point again.

This is the problem with the game, the cut scenes are funny and cute, but to reach them you have to play the game. But frankly the game play is something that will not keep kids entertained, and all the cuteness is lost as you do. It`s just a great shame that the mini games play better, and even worse that you have to unlock them. If these where open to you from the beginning, especially for console versions, this review would be slightly better. I could see my son and his friends around, all playing the mini games on the Playstation. But playing Wall-E, I don`t think they would. As for seeing the cut scenes, it`s probably better if you buy the DVD instead.

As for the story it closely resembles the movie. Some things have been added to make the game more like a game. There is an abundance of both cuteness and humor in Wall-E. Nearly all are contained in the movie clips, and none of the magic is lost there. Sadly the game hasn`t enough to keep a child of the 21st century entertained any more. My son was more entertained by Spore, a game really designed for "older kids". Even though Wall-E kept his bum on seat for an hour, I felt a great shame for a kids game that can`t keep a kid entertained.

What is a greater shame is that a lot of effort has been placed into the look and feel of the game. The start menus are simple in design but very effective, with plenty of little animations of all the main characters. Also there are other bonuses and extras, so it might supply some fun, but most of these are rewarded to you by playing the game. One of the first is the head to head race, just a simple circuit where two players can control their Wall-E around the course. These games proved endless amounts of fun, and both can play on the same keyboard. Still, you are only able to play the one track, as again the other tracks are locked until you play the main game. There are also some wallpaper designs, however there is no way to set them as your wallpaper unless you take a snapshot of them!

As for the film, well, I hear it`s better than the game. But then again game spin offs are always harder to make a success. I would not buy this for a child, unless they fulfill two criteria, one they are older than 8, secondly, they really want it. If you don`t know, ask yourself if they have the film, bedspread, toys, books and other merchandise. And if they still say yes, then they really want it! But make them wait until Christmas or their Birthday, when you can probably get this for a knock down price!

Just a couple of suggestions! You might want to play this game using a game pad, as controlling Wall-E becomes much easier. However, the better option would be to buy this game for a console machine. Also it might be worth buying a different game altogether, I have read that Cars is a much better alternative. With kids being the way they are, it would probably be a much better game for entertaining them.

"Where are you going honey?"
"Er ... nowhere! Just a friend`s house to drink beer and watch football!"
"Well your friend doesn`t drink, and you don`t like football?!"
(Pretends didn`t hear) "Yes love you too, be back later!"

Well, both my friend and I, are embarrassed we really wanted to see Wall-E! So he bought the DVD for his daughter, his kids are in bed and his wife is out tonight.
James and James Jr


Minimum System Requirements from the Readme File
When playing `Disney Pixar WALL-E` on a minimum specification computer, be sure that no other programs are open on your Macintosh or in Windows, as this will cause the game to play more slowly than normal.