A so-so compilation of some old Activision Atari games. They did a spot-on job porting them, but they could have included many more (at least it's budget priced). 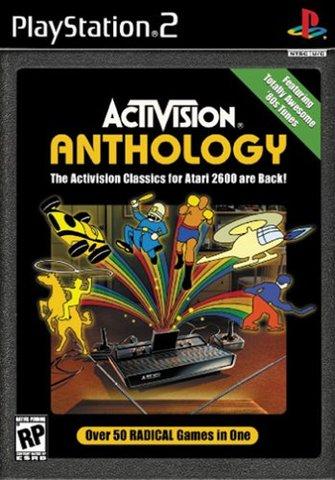 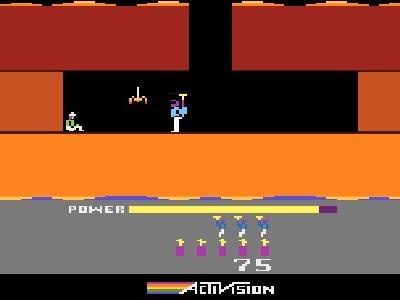 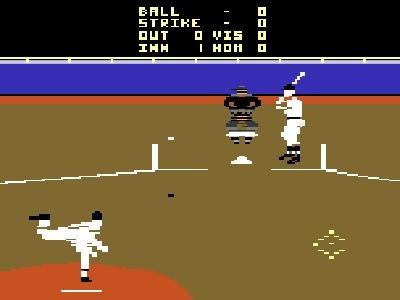 Activision Anthology brings together the Activision games from the Atari 2600 in a great compilation, although it is missing some of the greatest games of the Atari era, due to the Activision-only library (but hey, with a name like Activision Anthology, what can you expect?). The graphics are nothing compared to the amazing feats that today's technology can accomplish, but it still offers some very addictive gameplay. It's at a bargain price too, so anyone should be able to afford it, although I wouldn't recommend a purchase unless you really like games from this era. It is a nice compilation, but after you've fooled around with all of the games, you'll likely only stick to playing about four or five of them.

Graphics:
Of course you can't expect beautiful 3D graphics from Atari 2600 games, but after a while of playing you get used to them, and they seem to serve as a well-done nostalgic experience. I can't possibly give them a lower rating than I did, because it could raise arguments about comparing graphics from then to now, and I'm all for 2D graphics.

Gameplay:
Many of these games get boring after a while of playing, but there are some that will keep you coming back for more of that Atari goodness. My personal favorites are Kaboom! (it is a bit harder than some may remember because you have to use the analog stick instead of the knob), and Pressure Cooker (a fun fast food game, which gets very fast paced and confusing near the end). Not much replay value on most of these, but it's worth a rental or the $10 or $15 it sells for now.

Sound/Music:
The sound, once again, is nothing more than you can expect from Atari games the size of a desktop icon, but they get the job done. Activision included some interesting 80's music for us, but the songs do get very repetitive, and eventually you'll get so annoyed that the monotone beeps and boops become more interesting than the music. Luckily, Activision included an option to mute it

Replay Value:
As I said earlier, there won't be an enormous amount of games that you will want to play over, and over, and over again. There will only be a couple games out of the 40+ games on the disc that will suck away some of your time. Unless you like to collect everything (I'm one of those people), you probably won't want to keep playing the games until you collect all the unlockables (badges, some commercials), which serve as nothing but eye candy, and recognition for your hard work. Some of the commercials are worth it however, and may bring back some bad memories (so.......cheesy

). A lot of websites I've been to say that the game allows you to go online and download new games, as well as history of the Atari and Activision. I was really looking forward to this feature, but it was axed just before the release of the game. That really disappointed me, as it seemed quite promising.

Activision did a great job putting together a new addition to the usually lackluster compilation genre. There are some downsides, but it's worth a try.