Hard to nail down, but a real mistake to overlook 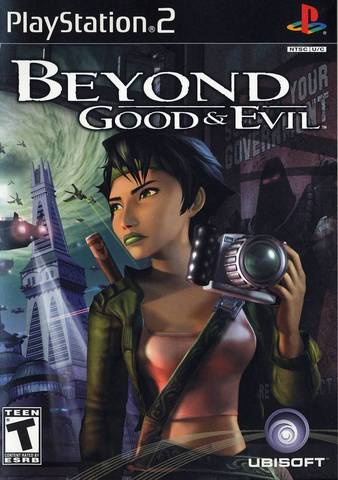 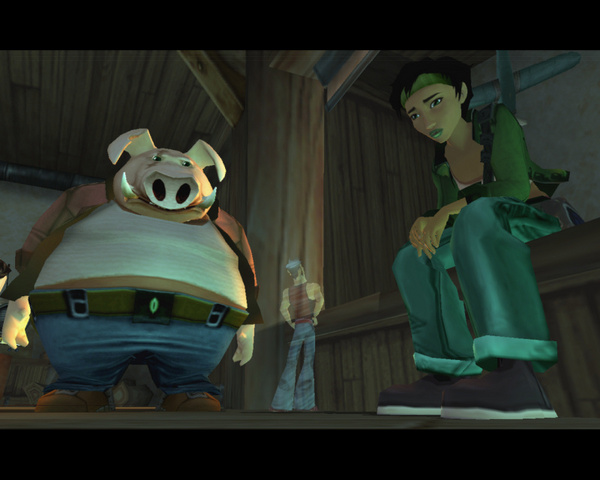 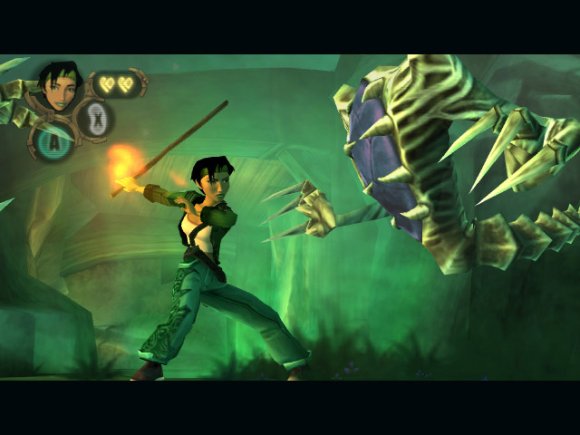 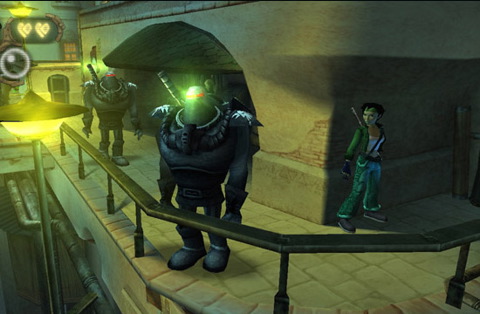 Beyond Good and Evil is a great experience, with a compelling story and cast that will keep you invested from start to finish. It has a sci-fi flavor, but an almost Disney aesthetic as you interact with bipedal talking animals and larger than life villains. As photojournalist Jade, you are responsible to uncover the truth about an alien invasion threatening your home planet. With the help of a sidekick or two, you will travel to various top secret locations, infiltrate guarded facilities, solve puzzles, knock some skulls, and gather the evidence you need to shape the tides of a brewing war.

Throughout the story you will have opportunity for several variations on the main gameplay, all of which are well done and appropriately mixed up to keep things moving at the right pace. You're generally operating in 3rd person action format, with a remarkably well-behaved camera. There are a few set pieces and fixed camera moments for that cinematic quality, but most of the time it's over the shoulder and you're in control. You're also going to flip into first person view frequently to take pictures and get a good look around, and eventually also to use your projectile weapon.

The main combat and platforming mechanics might feel a little light in comparison to other games, but that's because they're not the sole focus. There's a good deal of stealth, centered around the journalistic investigator mechanic. There were a few sections I found maddening, though I probably made them more difficult than they had to be. However, on the whole, the stealth is very satisfying and really makes you feel like a sneaky reporter digging up the truth. Puzzle solving also makes its way into BGE, with some fairly well designed but never overly frustrating brain teasers. Exploration is also a big part of it, whether on foot or via various vehicles. And when it does come time for combat, the death penalty of starting over from the room entrance is pretty forgiving. Even if you are struggling with a particular part of the game, you generally won't have to replay a whole lot of it to get back to the point where you were.

BGE is clearly a game that arrived closer to the beginning of the PS2's life cycle than to the end. While it would be unfair to hold it up against current gen titles, it honestly has aged rather well thanks to solid artistic choices. Colors are vibrant, locations are well designed, characters may be a little low on polygon count, but they animate so smoothly you will frequently forget to notice. There are some sparkly particle effects, and a lot of water travel with an appropriately fluid feel. Essentially, the designers understood how far they could go with the hardware, and did a great job with what they had. They didn't try to push to the very bleeding edge, and I think the game holds up better because of it.

The voice acting is a real high point in this game. The dialogue isn't 100% voiced, but a lot of it is and what's there is done well. In multiple languages, no less! I only played (and speak) English, but French, German, Spanish and others are available from the loading menu. The characters really come to life through the solid voice work. While they do follow common archetypes, they're voiced with such energy and commitment that they really do evoke the right emotions at the right time. There's a lot to be said for a cast that can be genuinely funny, charming, passionate, distressed, frightened, relieved. . . you get the point.

Music and sound effects are just as strong, leaving you with several memorable tunes and a haunting main theme. Contact sounds like contact, footsteps and environmental noises are right on, ambient wildlife, enemies, vehicle engines, everything sounds right which all adds to the overall atmosphere.

The best compliment I can give the game in this department is the fact that I was able to set it down and come back to it a few weeks later in the middle of my first playthrough. Many games become so obscure after such a period of time that I'd have no choice but to start over so I could relearn how to play, but it was not necessary with BGE. Your abilities are pretty straightforward and intuitive, and a map screen with objectives and radar keep you on track. You are continually learning and consistently utilizing skills so that there's a very steady progression. As you gain vehicles and abilities, more of the world opens up for exploration, where you will find further upgrades. Feels a lot like Zelda in this respect, and I certainly won't complain about that.

To put it simply: this really isn't a game you NEED to play more than once. Though it doesn't feel like it, it is fairly linear and you aren't going to have a fundamentally different experience with multiple playthroughs. If you're a completionist there are probably a couple pictures and pearls you missed that might be worth your time to give it another go round, but otherwise you've pretty much seen all there is to see the first time.

The best qualities of BGE are that its gameplay mechanics fit so well with the story it is telling, and that story is (if not entirely original) so well told. It never drags, you will never feel like you just have to press through this part to get to the next. You will enjoy the whole experience, and when you're done you will wish more games were made with this much care and attention to detail. Most likely the only complaint you may have is simply that it ended too soon.
Review Page Hits: 1 today (965 total)
mediahook