A good game, but not a AAA title. Undercooked RPG and platforming elements make Super Paper Mario a disappointment 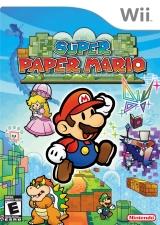 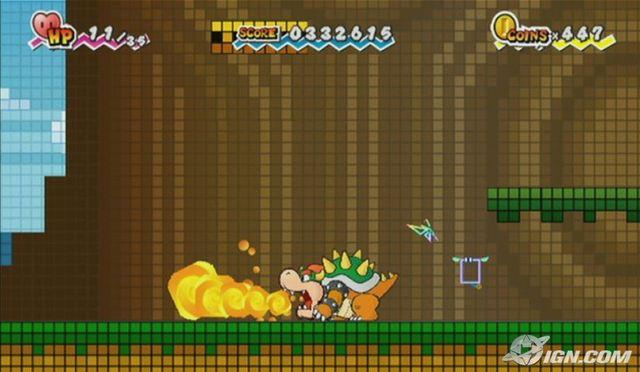 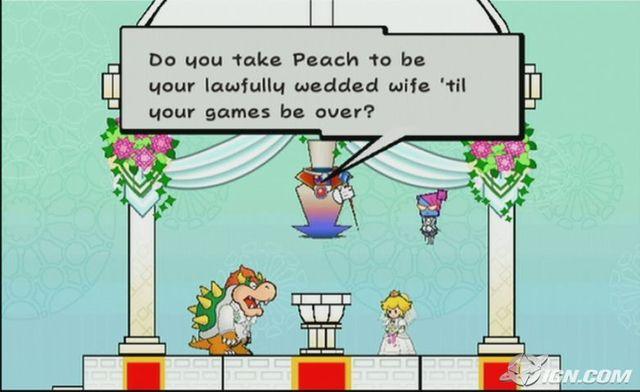 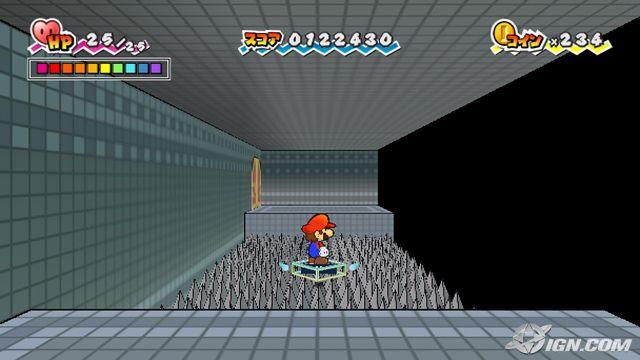 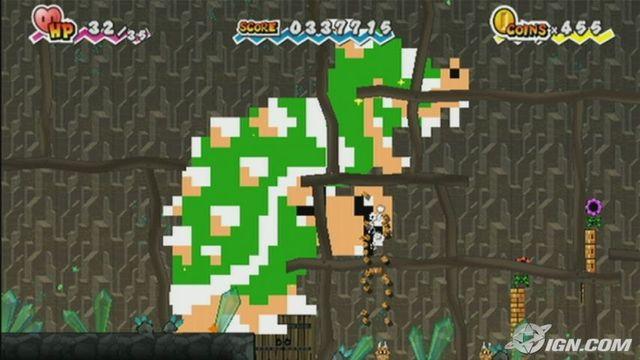 I never thought I'd feel so begrudging about a Mario game. But that's exactly how I feel about Super Paper Mario. I do admit it is a quality game, but I can't fully recommend it, especially as a brand-new, $50 title. Its lackluster platform action and almost non-existent RPG elements were a broadside to my expectations. The disappointing gameplay in Super Paper Mario dragged down an otherwise enjoyable game that has a lot of good qualities.

This is the first major Mario game for Nintendo's Wii, but it just half-heartedly takes advantage of the Wii-mote's functionality. The controller is held sideways most of the game, with some instances where it is pointed at the screen to reveal a hidden door or item, or to play a minigame. Super Paper Mario is not a showcase game for the Wii's new controller, but that's far from being the game's biggest problem.

What turns me off to Super Paper Mario so much is its its incredibly simplistic and dull platforming action, as well as its poorly done RPG aspects. Perhaps Nintendo was aiming at accessibility for all with the simplified, mostly unchallenging gameplay. I'm all for good games that can be played by all ages, but I think Super Paper Mario's core gameplay is sorely lacking in simple fun. All the previous platforming Mario games had trancelike replay value because, in my opinion, of their interesting level designs and challenges. Out of SPM's eight worlds, I felt only two were worth playing through more than once, the fourth world and the final one. The third one, the underwater world, was fun to play through once, but not a second time. Most of the game's level designs were too simple in their design, with there being little challenge or inventiveness in the platform portions. Mario's flipping ability, which makes a 2D game play in 3D for a very brief time, does reveal the game's secrets, sometimes cleverly hidden, other times revealed pretty obviously. But since the enemies are paper thin, and become basically non-existent when turned on their side, they can be bypassed altogether, taking away a big part of the game's challenge.

Maybe my decision to play as Mario severely affected my outlook of the game, but it shouldn't have been that way if that indeed was the case. I didn't think controlling Mario was much fun, simply put. The other three characters all had useful abilities, Peach being able to cross long gaps with her hoop skirt, Bowser breathing fire and Luigi jumping high. But I didn't want to switch back and forth from character to character when I didn't need to, and perhaps my experience suffered for that. Still, it's inexcusable for that to happen in any game, much less a Mario title. It's also inexcusable to have the best character, Luigi, not be playable until the next to last world.

And then there are the RPG elements. Defeating enemies gives you experience points, shown like a high score for an '80s arcade game, which eventually increase your health, attack and defense power. Unlike in other RPGs and Action/RPGs, where building your stats becomes an incentive to keep playing, it's just downright uninteresting in Super Paper Mario. You do earn new "abilities" by finding creatures called Pixls, which can turn into bombs and turn Mario paper thin, among other things. But Pixls are uncovered by completing levels, not by earning experience. Mario, Peach and Luigi share stats, while Bowser has higher attack and defense: just three stats among them, and that's it. As someone who enjoys stat-building, having only three stats to build up gave me zero incentive to go through the dull levels and repeatedly defeat Goombas, Koopas, Paratroopas and the game's other enemies. And that was a shame.

Although I think Super Paper Mario has serious flaws, it still can be quite an entertaining game. It's neat to use Mario's flipping ability in the beginning, until its time-limited use becomes a nuisance. And playing as Luigi and Bowser is very fun when you get to use them. I honestly would have liked this game a lot more if I could have played as Bowser the whole time: his fire attack and the cool "BLAH" sound he made never got old to me. Luigi was fun because his super jumps are an effective attack and can access new places. I'll adjust what I said earlier about the gameplay being dull; it just gets old playing as Mario. Still, it's a problem that the two best characters take time to become playable, again with Luigi not being available until the next to last world. That's inexcusable, and swapping Mario with Luigi and Bowser doesn't fix the significant problems with the RPG elements.

I've crowed about what I think is so bad about Super Paper Mario. What are some more of its good qualities? For one, the story is pretty good. The main bad guy is the mysterious Count Bleck. In his possession is Dark Prognosticus, a prophecy book that foretells the universe's destruction and has the power to do it. There is also a Light Prognosticus that can repell the power of the dark book, and it is held by the resident wizard of Flipside, Merlon. He is the character who guides Mario, Princess Peach, Bowser and Luigi in the game, along with the first Pixl, named Tippi. While all the characters are well written and given unique personalities, Luigi and Bowser win out again, because I thought they were the funniest and best characters. Bowser had bravado and was egotistical about his bad guy qualities, while Luigi was trying to get a grasp of the situation and be there for Peach and his bro.

Super Paper Mario had pretty good "value," as in it's a pretty lengthy game. It took me more than 20 hours to beat the main quest, and there are several other things to do. You can collect enemy cards, make recipes for new items and food from the game's regular items, as well as play minigames. I thought the three minigames, a light gun game where you blast Boos, a card-memorization game, and a tilting log game, were often times more fun to play than the main quest.

Maybe my expectations were too high. But if yours are high too, then hopefully this review is fair warning.

Super Paper Mario has a lot of good things about it and overall is an enjoyable game. But I was really disappointed in its platforming and RPG gameplay. That was very unexpected for me, because for over 25 years, with very few exceptions, the Mario name has stood for nothing but excellence. Not just the platformers have been great/legendary, but the RPG Mario games have been great too. I expected this particular game to be a wonderful culmination of those two styles of gameplay. My expectations were squashed, because Super Paper Mario absolutely was not that game.

It's worth getting for $30, but I would've felt really burned if I got this game brand new for $50.